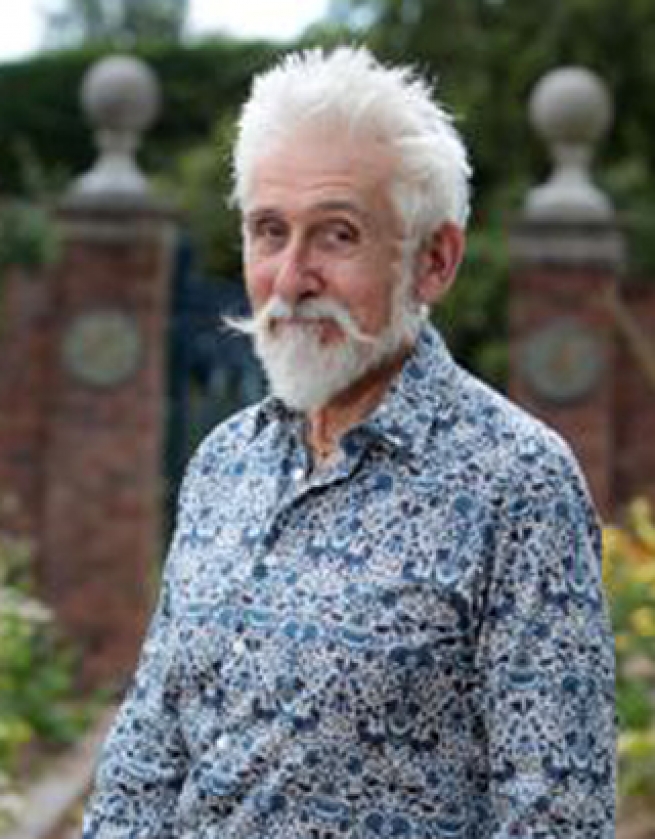 Sir Roy Strong is a well-known historian and garden writer, lecturer, critic and columnist and a regular contributor to television and radio programmes.

In 2015, Roy was 80, an occasion which was marked by a publication entitled 'Sir Portrait' in which the distinguished photographer John Swannell transposes Sir Roy into other periods and characters across time. The results were displayed at the National Portrait Gallery through July and August. Roy's most recent volume of diaries have just been published. The Times commented  'we knew Strong had an lacerating wit and an elegant pen, here we see the depth of his humanity...magnificently readible...Strong is the ultimate networker.'

From 1963 onwards Sir Roy has been associated with many spectacular exhibitions including Beaton Portraits 1928-1968 (National Portrait Gallery, 1968), The Elizabethan Image (Tate Gallery, 1969), The King's Arcadia. Inigo Jones and the Stuart Court (Arts Council, 1973), The Destruction of the Country House (Victoria & Albert Museum, 1979) and Artists of the Tudor Court (Victoria & Albert Museum, 1983).

In 1980 Sir Roy was awarded the prestigious Shakespeare Prize by the FVS Foundation of Hamburg in recognition of his contribution to the arts in the U.K. In 1983 he had a Hon. D.Litt. bestowed on him by the University of Leeds followed by a second from Keele in 1984. In 1999 he was made an Honorary Fellow of the Royal Society of Literature. In 2003 he received the President of the Royal Photographic Society's Award for a lifetime's service to photography.

Among the numerous public comittees on which has served are the Trustees of Chevening House, the Council of the Royal College of Art, the Fine Arts Advisory Committee of the British Council, the Arts Council (as Chairman of the Art department) and the South Bank Board (as Deputy Chairman)).

Sir Roy is also well known as a lecturer, critic, columnist and regular contributor to both radio and television. His television series include Royal Gardens (1992) and The Diets Time Forgot (2008).

He occasionally acts as a garden consultant. In this capacity he has designed and aided H.R.H The Prince of Wales, Gianni Versace and Sir Elton John with their gardens.

In 2000 he became High Bailiff and Searcher of the Sanctuary of Westminster Abbey, one of the institution's two great lay offices.

In 1971 he married Dr. Julia Trevelyan Oman, the well-known international designer for theatre, films and television. She died in 2003. He continues to live in Herefordshire where he and his late wife designed and planted what has been described as the largest formal garden to be created in the UK since 1945.In 2010 the garden opened to visitors and in 2015 it was willed with an endowment to the Gardeners Royal Benevolent Fund known as Perennial.

In the New Year’s Honours 2016 he was made a appointed a Member of the Order of the Companions of Honour for services to culture.

In 2016 a small book on Shakespeare Gardens will be published by Thames & Hudson and Weidenfeld & Nicholson will publish a second volume olf Sir Roy’s Diaries entitled Scenes & Apparitions. The Roy Strong Diaries 1988 to 2003.

Sir Roy is also an experienced after dinner speaker and lecturer.

In his new publication "The Elizabethan Image: An Introduction to English Portraiture, 1558–1603" leading historian Sir Roy Strong returns with fresh eyes to the subject closest to his heart, Queen Elizabeth I, her court and our first Elizabethan age. In this richly illustrated volume, from famous…
read more
Sir Roy Strong's most recent volume of diaries, Scenes and Apparitions: The Roy Strong Diaries 1988-2003 was published on 3rd November. This weekend The Times commented 'we knew Strong had an lacerating wit and an elegant pen, here we see the depth of his humanity...magnificently readible...Strong…
read more
Many congratulations to Sir Roy Strong who has been appointed Member of the Order of the Companions of Honour (CH) for service to culture. Sir Roy was presented with the award by the Dean of Westminster on Friday 22nd April 2016.
read more
Many congratulations to Sir Roy Strong who has been made a Companion of Honour in the Queen’s New Year Honours. This award, founded in June 1917 by King George V is for outstanding achievements in the arts, literature, music, science, politics, industry, and religion. Sir Roy, who celebrated his…
read more
Sir Roy Strong and Kate Williams celebrate and look back on the life and reign of both Queen Victoria and Queen Elizabeth II, as she prepares to become the longest reigning British Monarch, The Queen's Longest Reign: Elizabeth & Victoria. Tune in on Monday 7th September at 9pm on BBC One.
read more
To celebrate the 80th birthday of acclaimed art historian Sir Roy Strong, BBC Four will be broadcasting profile piece When Worsley met Roy: Sir Roy Strong at 80 on Sunday 23rd August at 8.05pm on BBC Four.
read more
Read more news...