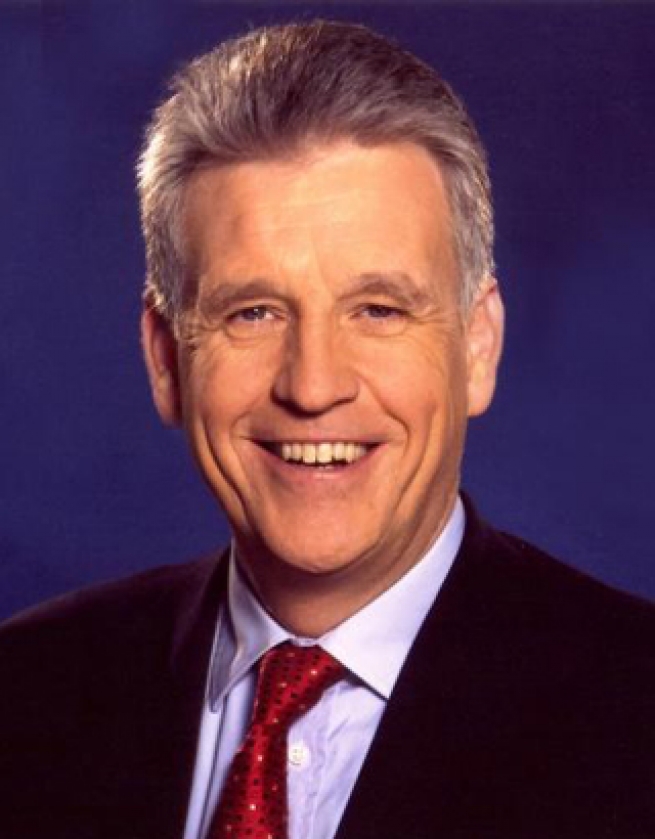 Nicholas Owen is one of news broadcasting’s best-known faces. He re-joined BBC News in 2007 as a Presenter on the News Channel and BBC One bulletins for many years. For well over a decade before that he hosted all ITN's major bulletins, including Channel Four News and News at Ten. He has also appeared in a wide range of other TV and radio programmes, including BBC One's Strictly Come Dancing in 2006. He also presents the Saturday lunchtime show on Classic FM.

From 1994 to 2000 Nicholas was Royal Correspondent for ITV News. In that capacity he played a major role in reporting on the death and funeral of Diana, Princess of Wales, for which ITN won an RTS Award. He compiled a book on her life entitled Diana: The People's Princess.

He has been a regular contributor to ITN's Budget programmes, having joined ITN as Channel Four News' Business and Economics Correspondent. During the first Gulf War Nicholas presented the highly-acclaimed Midnight Special Programmes when they were launched on Channel Four. He also anchored The Parliament Programme, Channel Four's first daytime political series.

Nicholas began his journalistic career on the Surrey Mirror in 1964, moving to Fleet Street in 1968. He worked for the Evening Standard and the Daily Telegraph before spending seven years with the Financial Times.

In 1981 Nicholas switched to television reporting, joining the BBC in the North of England, covering general and industrial stories for both regional and national news and current affairs programmes. He moved to ITN in 1984. Nicholas Owen was born in 1947. He has a close interest in transport matters, especially railways and light rail schemes. His publications include a history of the British trolleybus. Nicholas also hosts many corporate and charity events, and is an after dinner speaker. He is married to a newspaper journalist, lives in Surrey, has four children - and two grandchildren.

Nicholas also chairs conferences and seminars and is a highly skilled conference facilitator and after dinner speaker. He has a wealth of experience hosting events and award ceremonies, both at home and abroad.