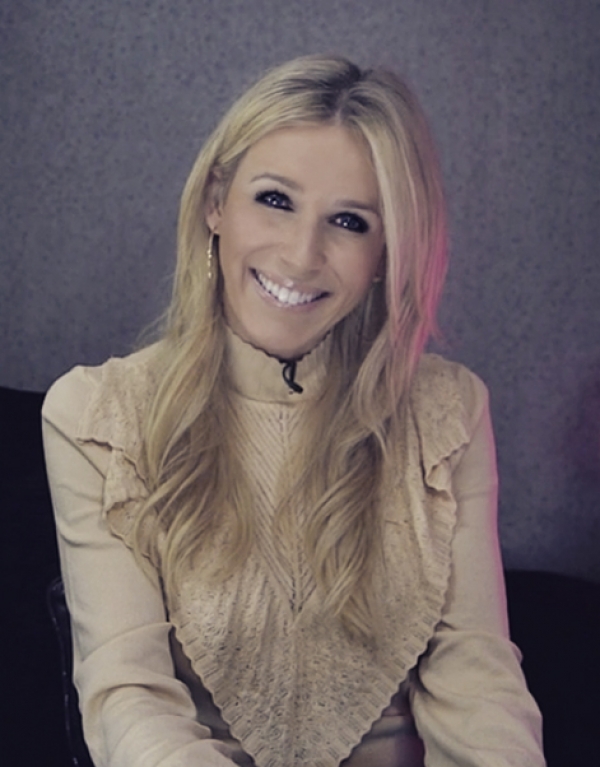 Before focussing on her true passion, technology, Lara's presenting experience was vast and varied. She spent six years as the face of Five News' weather and showbiz – doing the odd gadget review when needed too. Her time at Channel 5 attracted quite a bit of attention, with appearances including BBC1's The Weakest Link: News and Weather special, BBC1's Let's Dance for Sports Relief, BBC1's Superstars: Battle of the Channels, ITV1's Britain's Best Dish: Celebrity Special, ITV1's Win, Lose or Draw and featuring in a weekly sketch on ITV1's The Impressionable Jon Culshaw.

She went on to work as the showbiz reporter for Sky News, continuing to interview the biggest names in entertainment, and cover some of the stories of a generation - including being live on air the night Michael Jackson died.

Fun, witty, and not to be underestimated, Lara's cheeky charm helped her get answers to the questions that few dared to ask. Star studded events, sit down chats and news packages, saw her talk to Michael Douglas, Leonardo Di Caprio, Cameron Diaz, Joan Collins, Will Smith, Tom Cruise, J Lo, Alice Cooper, Carla Bruni and scores of others.

Some of Lara's more random appearances include playing a daytime TV presenter in British comedy feature film, The Shouting Men (released in cinemas in March 2010), actin alongside Paul Whitehouse in BBC2 comedy Happiness, and presenting the weather on a monitor in The Daily Planet newsroom in Hollywood blockbuster Superman Returns.

Aside from television, she spent three years as a showbiz columnist, has written for The Mail on Sunday, and for four years was the technology columnist for Woman Magazine.

Our clients have been working tirelessly to provide their expert advice on a range of subjects affecting people across the United Kingdom as we find ourselves in lockdown… Hygiene and Health with Dr Ellie CannonDr Ellie has appeared on a wide variety of tv and radio news programmes and has…
read more
Read more news...