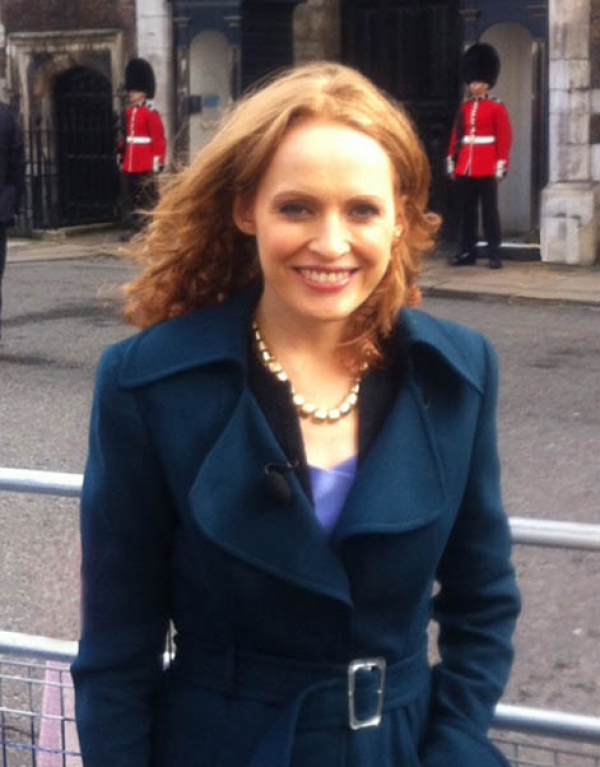 Kate Williams is a historian and broadcaster. A specialist in modern history, royal and constitutional affairs, she's Professor of Modern History at Reading University.

She was the co presenter of BBC Two's RTS nominated Restoration Home and has presented and contributed to many historical shows on TV, including her BBC Two Young Victoria and recent BBC One show on VE Day and travel and talked on shows from The Great British Bake Off to the history of TV election coverage. To accompany the major BBC Two Drama, Versailles, Kate co-presented two series' of Inside Versailles, delving deeper into the history of the french court. She is currently filming a new series, The Stuarts for UKTV and Netflix.

She is the in house historical analyst for CNN - providing expert commentary for news and events such as the DDay anniversary, the commemorations of the Holocaust atrocities and the funeral of Baroness Thatcher. She has worked with BBC politics and BBC events for a lot of exciting events - most recently covering the Referendum in Scotland from Westminster with Andrew Neil for BBC One and travelling to Belgium to cover the anniversary outbreak of World War I with Sophie Raworth - and also the RTS award-winning 70th anniversary coverage of VE Day in May. She has presented two Inside Out films on Derbyshire's Belper Mill and how the nation's transport system resumed after WWII.

She's also provided expert analysis and commentary for BBC One for the State Opening of Parliament, the Queen's loyal address to Parliament, the Diamond Jubilee, the 60th anniversary of the Coronation and the Royal Wedding. She covered the Olympic Opening Ceremony for BBC World News. She has appeared on nearly every major international channel discussing British news - including NBC, ZDF and BBC Persia. The Radio 4 Today Programme called her 'Historian Extraordinaire'.

Kate has presented two Inside Out current affairs films. She also loves quiz shows and she's a regular on the BBC4 show, The Quizeum, hosted by Griff Rhys Jones - dubbed the 'human encyclopedia' by the show! Kate recently won Celebrity Mastermind, with Emily Bronté as her specialist subject. She also took part in BBC Two's The Great History Quiz: The Tudors. She's the historian on Frank Skinner's Radio 4 series, The Rest is History - called 'Professor search engine'! Kate also regularly appears on the new BBC Two quiz show, Insert Name Here, which is now on it's third series. Kate has also appeared on BBC One's Would I Lie To You.

She's presented two radio documentaries on The History of the Smile and author of Self Help, Samuel Smiles. She appears often on Radio 4 programmes including Today, Woman's Hour, PM, World at One and World Tonight and also on Radio 2 shows including as a historian on the Jeremy Vine and Chris Evans show.

Kate is a NYT bestselling author of six historical books. Her biographies of Josephine Bonaparte is being made into a major TV series by Ecosse and her biography of Emma Hamilton is being made into a film. Kate's most recent book, Edge of the Fall, continues the trilogy about the De Witt family from 1914-1939.

Kate is also an experienced after dinner speaker and lecturer and she speaks regularly to historical societies, groups, conferences and commemorative dinners.

Contact agent This email address is being protected from spambots. You need JavaScript enabled to view it.