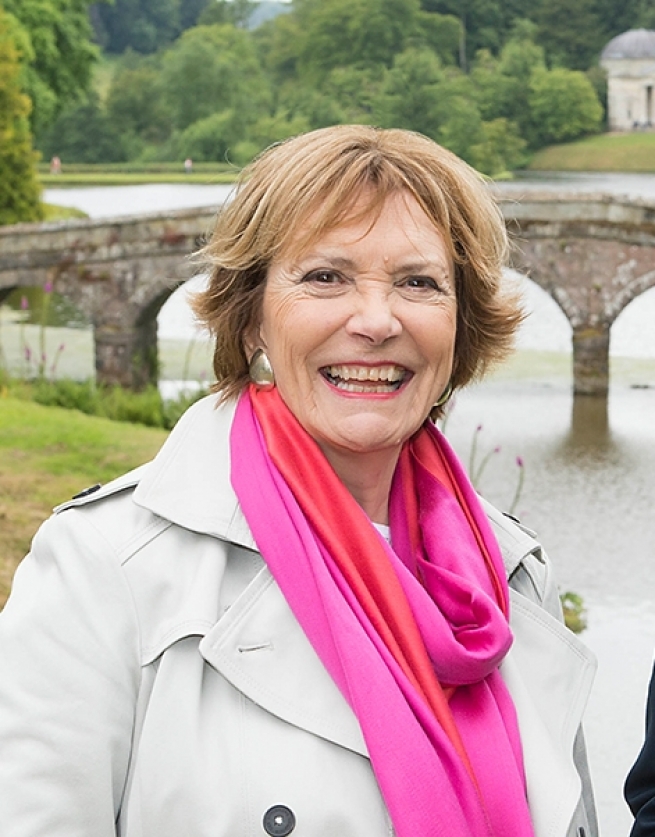 Joan Bakewell’s career as a Broadcaster and journalist has spanned six decades. She continues to present radio and television programmes, including the flagship Sky Arts series Portrait Artist of the Year and Landscape Artist of the Year.

Joan has also presented a number of Panorama programmes for BBC1 including Life at 100 looking at life as a centenarian, Our Dirty Nation and Old, Drunk and Disorderly?, in which she investigated the hidden problem of alcohol abuse in older people, and The Generation Game, in which she explored the challenges ahead in caring for an ageing population.

On radio Joan presented the Radio 3 series Belief and Radio 4’s Inside the Ethics Committee for many years. She also presented two series for Classic FM, Joan Bakewell's Lovers which explored the love lives of classical music's great composers and performers. Other radio documentaries include the BBC Radio 4 programme on Dementia, Suppose I Lose It.

In the 1990's Joan presented Heart of the Matter on BBC 1 – the well-known series that dealt with moral and religious dilemmas of our times.

She was BBC Television’s arts correspondent throughout the 80’s, and was later on the board of the National Theatre, The Aldeburgh Festival, and Friends of the Tate, Shared Experience and also of The National Campaign for the Arts.

She is President of Birkbeck College, London, and a member of the House of Lords.

Joan has written many books including She’s Leaving Home, All The Nice Girls, The View From Here: Life at Seventy, Belief, The Centre of the Bed, Stop the Clocks – Thoughts on What I Leave Behind, and most recently The Tick of Two Clocks about downsising her home and her experiences through life.

Joan writes for various national broadsheets including The Guardian, The Independent and The Telegraph.

She was the government appointed ‘Voice of Older People’ between 2008 and 2010.

Joan was awarded with the Lifetime Achievement Award at the RTS Programme Awards 2016 and received a BAFTA Television Fellowship at the BAFTA TV Awards 2019.

Joan also chairs conferences and seminars and is a highly skilled conference facilitator and after dinner speaker. She has a wealth of experience hosting events and award ceremonies, both at home and abroad.