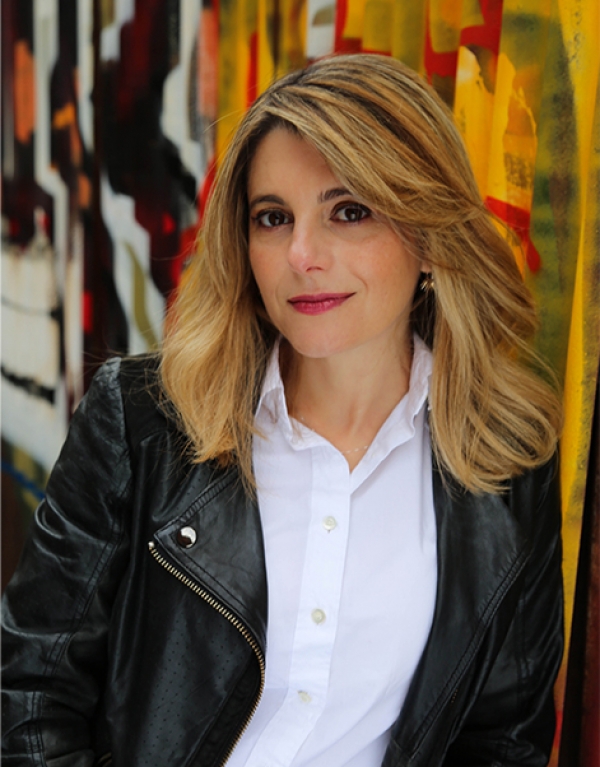 Hallie Rubenhold is a social and cultural historian whose area of expertise lies in the history of London, crime and sex. As a critically acclaimed author whose works of non-fiction and fiction focus on women’s experiences, she is an authoritative and engaging voice offering a unique insight into the events of the past. Her most recent book, The Five, is the first ever biography of the victims of Jack the Ripper, which won the Baillie Gifford Prize for Non-Fiction 2019.

Hallie has appeared as an expert contributor on many programmes, both for UK and International networks. She is a regular contributor to the Travel Channel’s hit series Mysteries at the Museum and is a frequent guest on news and current event programmes, radio and podcasts. Her books have also been adapted as television dramas – The Scandalous Lady W for BBC 2 and Harlots for ITV and Hulu, now in its third season.

For BBC Four: The Quizeum, a museum-based quiz show hosted by Griff Rhys Jones, Botticelli’s Venus: The Making of an Icon, looking at the history of the famous painting, Harlots, Housewives and Heroines, a series examining the history of women in the 17th century, The Beauty Of Maps, the documentary series looking at maps in incredible detail, The Ages of Excess: When Britain Went Too Far, a documentary which looks back at Britain during the 18th century, a time of sexual excess and liberation and the film magazine show, The Cinema Show.

For Channel 4: We Built Titanic, the challenge to rebuild integral parts of the legendary ship and The Untold Great Fire.

For BBC2: History Cold Case, the series which sees skeletons of everyday people from across the ages analysed in staggering detail and the word-hunting programme, Balderdash and Piffle ‘X'-Rated.

For Channel 5: London – 2000 Years Revealed, a series exploring the history of the capital city.

For Sky Living TV / Yesterday TV / History Channel: the paranormal series, Living with the Dead, Mud Men, which explores the archaeology of the River Thames, Find My Past, which features ordinary people’s quests to learn about their extraordinary ancestors, as well as Red Hot History, profiling the life of Casanova and MSNBC’s Haunted London.

In 2006 the BBC created a 30-minute documentary entitled The Harlots Handbook based on Hallie’s book The Covent Garden Ladies which was broadcast as part of BBC4’s The Century That Made Us season. As the presenter of the documentary, Hallie took the audience on a journey through the dark streets of the Georgian underworld.

Hallie has also been a consultant and historical expert advising on dramas such as Harlots (ITV/Hulu), The Scandalous Lady W and Jonathan Strange and Mr Norrell (BBC), The Harlot’s Progress and City of Vice (Channel 4).

Hallie has spent much of her life between the UK and the US. She received her B.A. in History from the University of Massachusetts, Amherst and an M.A. in British History and History of Art from the University of Leeds. Remaining at Leeds, she embarked on her studies for a PhD and later completed her thesis on the subject of marriage and child-rearing in the eighteenth century. She has worked as a curator at the National Portrait Gallery, as an art dealer, and has taught history and history of art (c. 1660 – 1830) for a number of British and American academic institutions.

Congratulations to Hallie Rubenhold whose book, The Five: The Untold Lives of Women Killed by Jack the Ripper, has been shortlisted for the £40,000 Wolfson History Prize. The annual award is run by independent charity the Wolfson Foundation, which awards grants in the fields of science, health,…
read more
A massive congratulations to Hallie Rubenhold, who has been awarded the Baillie Giffords Prize for Non-Fiction this week for her incredible novel ‘The Five: The Untold Lives of the Women Killed by Jack the Ripper’, which reclaims the voices of his victims, and dispels commonly held beliefs about…
read more
We’re celebrating… Knight Ayton clients are covering the Royal Wedding all over the world. Keep an eye out for them all across the airwaves; Michael Buerk on Royal Recipes, BBC One, Monday to Friday at 3.45pm. Jennie Bond on Royal Wedding: Prince Harry & Meghan Markle, ABC Australia, Saturday 19th…
read more
From everyone here at Knight Ayton Management we would like to wish you all a very Merry Christmas and a Happy New Year. The final episode in this series of The Quizeum has a suitably festive theme. Kate Williams and Hallie Rubenhold join Griff Rhys Jones at the V&A Museum of Childhood. Tune in on…
read more
Suzannah Lipscomb and Hallie Rubenhold guest appear on the musuem-based quiz show, The Quizeum. This weeks episode is hosted by the Museum of London. Tune in on Wednesday 22nd April at 8.30pm on BBC Four.
read more
Hallie Rubenhold is a guest on BBC Radio 3's Free Thinking. Tune in on Tuesday 29th April at 10pm.
read more
Read more news...