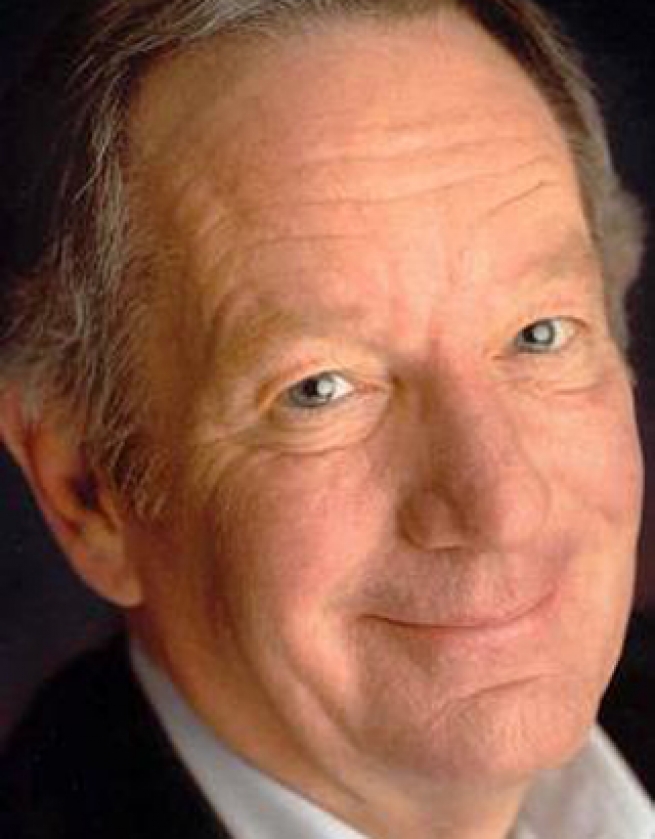 Michael Buerk has probably won more international awards for television reporting than any other British journalist most notably for his coverage of the Ethiopian famine for BBC News in 1984/5. His reports filmed with the Nairobi-based cameraman, Mohamed Amin alerted the world to the extent of the tragedy. They were shown worldwide, to an audience of billions. They led directly to a massive international relief effort itself valued in billions of dollars, which was estimated to have saved well over a million lives.

He was named "Television Journalist of the Year" by the Royal Television Society in 1984 and won a second RTS award that year for foreign reporting. He has won the British Academy of Film and Television Arts (BAFTA) award for factual broadcasting. He has been awarded the "Golden Nymph" at the Monte Carlo Film and Television Festival Europe's premier prize for television journalism and the United States "National Headliner" and "George Polk" awards, two of the three most important honours there for broadcasters.

In 1988 he was the third recipient of the James Cameron Memorial award, given for "work as a journalist that combined moral vision and professional integrity" in his coverage of the township uprising and state of emergency in South Africa.

Michael is chairman of The Moral Maze, the BBC Radio 4's discussion programme on moral and ethical issues.

He also presents regular television series including Britain by Boat, two series of How the Victorians Built Britain, The Blitz: Britain on Fire, Celebrity 5 Go Barging and Britain’s Great Pensions Crisis on Channel 5. He has also presented the BBC One daytime series Royal Recipes and Heir Hunters and Britain's Secret Treasures and Pompeii with Michael Buerk for ITV. On Channel 4 he has reported for several Dispatches documentaries and also presented the one-off Can I Improve My Memory?

Michael presented many other television and radio programmes for the BBC including major events such as the Royal Wedding of Prince Edward, the Solar Eclipse in 1999 and the BBC's Millennium night coverage; BBC One's Tobacco Wars, Soul of Britain and the three-part series The Hand of God in 2003. He also presented The Choice for Radio 4, a single interview programme about individual dilemmas.

He narrated the popular Sky One series Pineapple Dance Studios. He also appeared on reality shows I'm A Celebrity...Get Me Out of Here in 2014.

Michael's autobiography, The Road Taken, was published by in 2004.

Michael also chairs conferences and seminars and is a highly skilled conference facilitator and after dinner speaker. He has a wealth of experience hosting events and award ceremonies, both at home and abroad.

Michael Buerk has a double header of programming this week, beginning with The Moral Maze on Wednesday 21st at 8pm on Radio 4. This is then followed by the finale of How the Victorians Built Britain on Channel 5 at 8pm Thursday 22nd. Michael will be exploring the Victorian's sense of exploration as…
read more
Michael Buerk presents a new series of How the Victorians Built Britain, starting on Wednesday 14th and continuing Thursday 15th at 7pm on Channel 5. Michael discovers how bold Victorian experiments built Britain, revolutionised the medical world and created the first modern police force.
read more
Michael Buerk has narrated a series of short films for Cisco, sponsors of Manchester City FC. The films feature the life and times of the club’s mascots and Michael brings his dulcet tones in his classic deadpan style.https://vimeo.com/491517284 https://vimeo.com/491518186
read more
On Wednesday 11th November Michael Buerk presents a feature length programme on Channel 5, How Britain Won World War II. Michael and co presenter Arthur Williams highlight the hidden heroes of the Second World War and reveal all about the underdog figures whose actions ended up influencing such…
read more
Michael Buerk presents 10 Ways the Victorians Changed Britain, painting a vivid picture of how the Victorians revolutionised our lives. Saturday 16th May at 7.50pm on Channel 5.
read more
Michael Buerk is back with all new The Moral Maze, chairing debates on moral issues raised by recent news headlines– tune in on Wednesdays at 8pm on BBC Radio 4.
read more
Read more news...